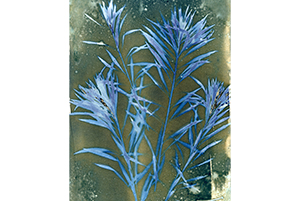 A native of Portland, Oregon, Boyer received a bachelor’s degree in studio arts from Reed College, a master’s degree in intermedia and video art from the University of Iowa, and a K-12 teaching certificate at the University of Nebraska at Omaha. She teaches studio art courses at the University of Nebraska at Omaha and visual arts at Norris Middle School. In 2014, Boyer received the nationally selected Caucus of Social Theory in Art Education’s Social Theory-in-Practice Award for K-12 art teachers, which recognizes and honors a teacher who utilizes social theory in classroom instruction. She was selected the 2016 Nebraska Outstanding Art Educator of the Year by the Nebraska Art Teachers Association.

In her studio practice, Boyer explores the broad interdisciplinary possibilities of traditional and new media with specific interests in personal and historic memory, cinema, landscape, the natural world and a sense of place. Her artwork has been shown in over 70 exhibitions across the country, including at the Des Moines (Iowa) Art Center, Urban Culture Project in Kansas City, Missouri, and the Bemis Center for Contemporary Arts in Omaha, Nebraska.  Boyer has taught in a variety of preschool through baccalaureate environments throughout the Midwest, including universities, public schools and community nonprofits.

Boyer’s UIU exhibit includes a portion of her “Forest for the Trees” series, which contemplates the literal and metaphoric forest that we all share. Using an assortment of antiquated painting techniques and 21st century digital processes, the work provides momentary glimpses, as if the viewer is looking through a microscope to a memory of another place.